Commonwealth Cares is a 501(c)(3) charity operated and administered through Commonwealth Financial Network®.

One hundred cents of every dollar contributed goes directly to the causes we support. Our continuing success depends on donations and the participation of all members of the Commonwealth community, including advisors, home office staff, and their friends, family, and extended networks.

Commonwealth Financial Network is the largest privately held independent broker/dealer and registered investment adviser in the U.S. The firm supports independent financial advisors by helping them serve their clients and grow their businesses. 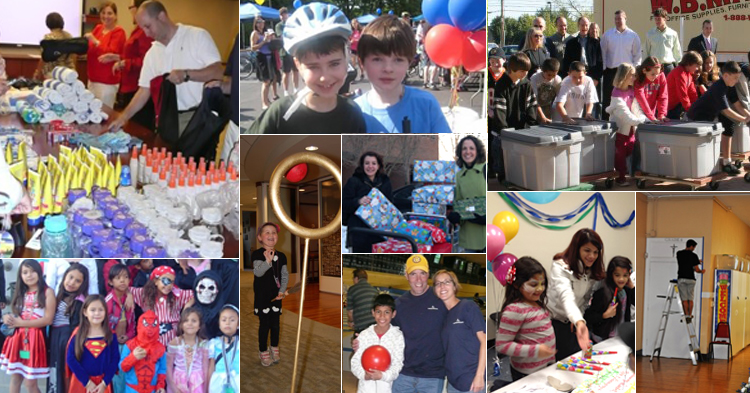 Wayne is the chief executive officer of Commonwealth. A member of the firm’s senior management team since 1999, he is responsible for managing our primary objective of providing indispensable service to our network of independent financial advisors and their investors. Wayne began his career at Commonwealth in the firm’s Accounting department in 1989, and, over the past 28 years, he has gained experience in virtually every facet of the firm. As one of the pioneers of our wealth management initiative, he has an extensive background in managing the firm’s research, insurance, financial planning, retirement, and registered investment advisory divisions. Prior to joining Commonwealth, Wayne was employed at Fidelity Investments. Wayne is an alumnus of the Harvard Business School, having graduated from the Owner/President Management Program. He received a BS in business management from Northeastern University, graduating with honors. Wayne is currently a member of the Board of Directors of the Old Colony YMCA and Commonwealth Cares, as well as a member of the Board of Trustees for The Rivers School. He holds FINRA Series 7, 24, 63, and 65 securities registrations. Wayne lives in Sherborn, Massachusetts, with his wife Veronica and their children, Kevin, Molly, Aidan, and Callie. He enjoys playing sports, coaching his children’s teams, kayaking, windsurfing, and spending time with family on Cape Cod—and he is thrilled to have finally seen the Red Sox win it all!

Gavin is a Managing Partner of Financial Strategy Associates, Inc located in Needham, MA. His tax and legal expertise have been indispensable not only in the establishment of Commonwealth Cares, but also in ensuring that it is run soundly, responsibly, and within tax guidelines. Gavin notes that he's always been philanthropic at heart, but that being a part of the board has had a profound effect on his life, affording him the opportunity to be directly involved with decisions that impact so many lives. He's particularly proud of the foundation's support of communities across our nation in recovering from natural disasters, the on-site programs conducted at every Commonwealth conference, and the direct impact the foundation has had on the lives of the Boston Marathon bombing victims.

Paula is Manager of Employee Relations in Human Resources at Commonwealth. In addition to her responsibilities for recruitment, compensation, and employee relations, and culture for the firm, she has long been a driver of its "giving back" efforts, helping to grow its reach from a single program 18 years ago to more than 40 community-based efforts in 2013. From food and clothing drives, to literacy programs, to responses to natural disasters, Paula is proud of the way Commonwealth strives to make a difference in the communities in which our employees live, work, and visit. She's honored to be so deeply involved in the philanthropic efforts that are "part of the fabric of our firm."

Commonwealth's vice chairman, Peter has been deeply involved with the firm's giving back efforts for more than three decades. One initiative of which he's most proud is Commonwealth's relationship of many years with the local Boys & Girls Club. Our staff has done everything from on-site renovations, to providing back-to-school backpacks, to "adopting" families in December and providing them with the means to give their children memorable holiday celebrations. Peter is also gratified by the support that Commonwealth Cares provides home office staff and affiliated advisors in their own philanthropic causes. He and his wife, Elizabeth, are also personally committed to supporting women's rights, education, and the environment.

Joni Youngwirth is managing principal of Commonwealth’s Practice Management department. She works directly with financial advisors to help them run their businesses efficiently and in keeping with their vision and mission. In her spare time, she participates in monthly fitness-related giving back opportunities, from Project Bread’s Walk for Hunger to the Pan-Mass Challenge cycling event. Joni’s late husband, Stephen, was a physician who dedicated his career to preserving sight for his patients, and they had contemplated volunteering together for Doctors Without Borders. Upon his passing, Commonwealth Cares facilitated contributions to the organization in his memory. Joni is gratified to serve on the board and witness firsthand the direct impact Commonwealth Cares has on a wide variety of charitable efforts. She is thankful for the personal support she has received and cherishes the opportunity to pay it forward in a direct and meaningful way.

Donate online via PayPal, or by check

Thank you! We will be in touch with you soon.